This little light of mine, I'm gonna let it shine...

I have started a new blog! It's on wordpress and is called Shana Rose Up.  It is not totally fleshed out, but it will be some day.  The welcome mat is out!  Your friends probably want to know about this too.

Come back soon now, y'hear?!
Written by ShanaRose at 7:59 AM 1 responses

It has been a long, long while since I came to this blog.  Generally when I come, or have come, to write here I don't know what I am going to say at the outset.  What I do know is that I have feelings I wish to express.  In that way this blog has served as some kind of on-line journal for the past five years.  When I began the blog, and for several of the years that followed its beginning there was basically one important person in my world and, yeah, that would've been me.

I believe, and this belief has not withstood any kind of rigorous questioning or testing, it is an observation, that some people are prone to building intimate relationships while others are loners.

In the past, and--as if by default--still now, I wanted to be approved of, I wanted to feel cool, I wanted adoration and so on.  It turns out that, what I vaguely understood all along when I was school-aged, was that wanting to be cool expressly made you not so.  I thought I could slyly bypass this unspoken rule of humanity by acting like I didn't want to be cool and spending stupid amounts of money on the trendy-logo-ed sweatshirts at the time.  I wound up falling prey to the high-school trap, which is to say I looked like a lot of other people and didn't speak my mind or express myself freely.  There were exceptions to that like in any humanities class discussions and in the remnants of my actual self that I snuck into my "move with the pack" style (i.e. purple shoes, the occasional disco shirt, Gap's "freshly cut grass" perfume).  In art classes I was sometimes seen for who I was.  In any class, actually, I felt safer with a teacher there to give me the recognition my obviously brilliant mind deserved, and also protect me from any one who might want to point out my fatness (scary!) or try to relate to me on a real level (unthinkable!). 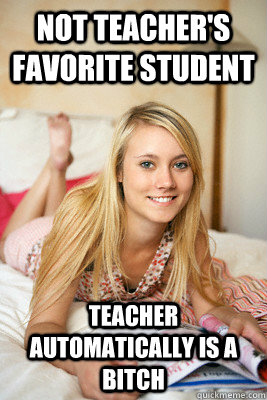 Sometimes I'm baffled by how sensitive I was/am to other peoples thoughts.  As I've gotten older I'm learning that what I'm picking up with  my super-sensory antennae are not thoughts about me but more often thoughts or feelings the person has relating to him or herself.  Duh! We are all self centered!  I'm super glad I finally am understanding that.

So, what I was coming around to, are the nature of relationships.  I was not good at having real ones.  I was good at friends, I was good at acquaintances, I was good on the surface.  Getting to know any other person in a "real," deep capacity meant I would have to confront myself, my thoughts and the reality of my flaws (i.e. I have them!).  My family were the only deep relationships I had and I mostly took those relationships for granted or gave very little credit to the people with whom they were formed.  It went unquestioned that I was the only person with a busy and complex emotional life and all others were foils to my experience.

In fact, I'm going to take a break from that charming portrait of a self-centered (average) young person to relay an idea I just got from, don't judge, O Magazine.


There's an expression in neuroscience: Neurons that fire together wire together.  This means that new patterns of thought can actually change the physiology of our brains. So while we can't ignore bad news, we can train our brains to become more alert to good information. When you notice a positive detail in yourself or someone else, or in your environment, try savoring it for at least ten seconds. Most of these observations will be as simple as 'the sun is shining' or 'this coffee tastes good,' but do this a handful of times each day and you'll feel an emotional shift.  --Rick Hanson, PhD, neuropsychologist and coauthor of Buddha's Brain

Continuing for a bit with the above quote: after I read this yesterday I did stop for a few moments and try it out.  First I tried, "my son is healthy," then "my son is eating organic broccoli," and finally "I am prospering."  All of these thoughts were things I felt good about and repeating these three statements to myself for several moments each did, and does again now, make me feel just dandy.  I even feel almost giddy now, recalling the feelings of well-being I had the first time.

But, relationships with me and my own thought patterns do not an intimate connection with others make.  And now, as I attempt to make forward progress and talk about how satisfying it turns out to be, to let myself be vulnerable and to deeply know others, my darling, healthy, prosperous son is waking up for the day.  I always craved deep connections with people.  I was troubled for a long time with this wanting.  It turns out, I guess, that I wasn't ready for it until I was much older.  That is just who I am and where my path has taken me.  I'm OK with who I was and who I am now.  I'm so glad for the others in my life that I deeply love and the new friends who I am organically, slowly getting to know.

One more thing, quickly: a feeling that propelled me to this blog today was one of resumed tranquility in my day to day life.  I feel I've begun living again.  I felt as if I were not living, but surviving, for a while there.  I suppose what I was surviving was a really steep learning curve.  Like, at least based on past experiences, I was climbing the Mt. Kilimanjaro of learning curves.  I've assimilated a lot of new information in a really short amount of time, and the information was all experiential which is vastly more taxing than ideas in books.  And we, Hadj and I, have been climbing this same mountain together.  We've saved each other from falling into sink holes, have pulled one another out of sink holes and some times we've sat, panicky in the dark, in a sink hole together (or whatever other, real life mountain climbing dangers there are).  But, we've also had sustenance too.  There has been sunshine, there have been alpine meadows (or whatever grows on the actual side of this mountainous metaphor), there has been laughter and respite and healing foot rubs at the end of arduous days.  I'm in love: again, still, finally--it's all there.  And it's cool because I'm not acting. I'm not trying to be something I think will be received well and provide me with adoration or whatever.  I'm learning to trust that I am enough as I am: flaws, charms, snark-ass-back-talking, strengths and all.
Written by ShanaRose at 7:56 AM 1 responses

Links to this post
Email ThisBlogThis!Share to TwitterShare to FacebookShare to Pinterest
Labels: Being Human, love, morning meditations

At what point in my life did I stop listening to people?  I must have been really young.  A good estimate would be in my toddler years, when I was being most heavily socialized.  The thing is, for me though, that I was beginning to be socialized, as they say; trained is another way of saying the same thing, as early as three months of age.

Read more »
Written by ShanaRose at 2:33 AM 0 responses

Links to this post
Email ThisBlogThis!Share to TwitterShare to FacebookShare to Pinterest
Labels: also - I'm funny, aspirations, Being Human, It'll come, making peace with myself, unlearn and retrain

All is Calm, All is Quiet

There's a song, by Jens Lekman, called "The Opposite of Hallelujah."  I'm terrible with song lyrics, but sometimes the story of a song catches my curiosity and I will listen to it methodically, learning verse by verse, usually at the top of my lungs.  Here are the first and second verse, the ones that caught my attention years ago:


I took my sister down to the ocean
But the ocean made me feel stupid.
Those words of wisdom I had prepared
All seemed to vanish into thin air
Into the waves I stared.

Links to this post
Email ThisBlogThis!Share to TwitterShare to FacebookShare to Pinterest
Labels: balance, Being Human, I don't have the answers, just keep swimming, motherhood, processing, self protection, something's gotta give

Who Knew Taming Could Be So Fun?

I've been settled this year in the way the once "wild" West was settled.  The tracts of untamed prairie and forest within me have had roads cut through and little building put up.  A few acres have been cleared and where there used to be clumps of conifer, deciduous, fern, vine, and shrub there are now orderly rows of nourishing plants.  In this metaphor fantasy the settlers are not violent.  They have basic needs and do not seek to outgrow their abilities in time and space.  They do not shoot whole herds of animals or feel threatened by the wild calls in the night.

In 2006 or 7 I took on a side job as a brochure designer for a woman who was beginning a life coaching practice.  She had been doing higher education tutoring for some time and wanted to transition to working for herself.  I must have given her some amazing bullshit spin about my experience or abilities because I had no idea how to use the Adobe programs she wanted me to use.  No, I only had a girl friend who did and I begged for her advice and tutelage.

ShanaRose
Milwaukee, Wisconsin, United States
this is a blog about growth and my infinite curiosity. i love to read aloud, cook new recipes, talk in funny voices, and empower. i am enamored of the world around me.